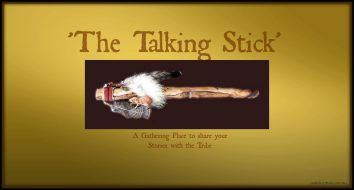 Something happens when you fall to your knees and surrender yourself totally and let the powers- that-be take over. I had tried 100% and now my physical strength and mental courage had completely drained from me. I was driving my life by my own neurotic behaviours and now I was in burn out and felt insane. Humility requires much strength of character, but when you have surrendered yourself totally, it’s all you have. In January 2000, I found myself at the doctors and I could not be consoled. I was diagnosed with depression.

Instead of working through intense feelings which were a reflector of my life situation, and because I couldn’t function for a while, I was told I had depression and needed medication. There was never a discussion on what was a normal spectrum of human suffering for heartbreak, loss, grief and betrayal. I was told not to worry about it, the depression, that is… but, to follow through with some sessions with a psychologist.

Only those who have been on heavy medication will relate to this, but when you are drugged like this your internal warning system; you know that internal voice that says…“don’t do that” or “this is not right” becomes faulty.  Also, it was at this point my intuitional connection to the intelligence of my body became fractured. The body is such a genius and it will tell you that there is something wrong; and before being medicated, my internal dialogue with my body was quite above average. I was in-tune and could identify what the body wanted or needed. But, on depressive medication, the natural intuitive feedbacks become dulled and numb. One evening, I had a panic attack at the kitchen sink for no reason; I became distressed, my heart was racing and I was in a state of fight or flight.

By 2007 I had a new diagnosis – ‘major depressive disorder’ and my toxic, suppressed emotions became deeper seated. I was so much in my compressed pain and numbness, that sleeping and alcohol was my respite from it all.

My bookshelf is full of spiritual books and the metaphysical, and not much on human development. Since starting on the Real journey, I have come to some breakthroughs that I wish to share.  While I felt nurtured and seemingly satisfied with my own spiritual development, I had a hole in my chest that everyone noticed about me. I needed treatment to get off the anti- depressants and I needed to reconnect with my physical body and change my beliefs about a few things.

I first went to see my Real coach in 2012, and I believe it was by divine grace that we crossed paths. In my first consultation, I was stubborn, difficult and I chose to make it painful. Maybe on a subconscious level I wanted him to see my pain and for him to take pity in the sad story of me, and even rescue me. When he asked me what do I want?  I cynically answered peace. It went for 4 ½ hours. That was four years ago. I have since done RW 1 and am going to RW2 in November 2016. My desire is still peace… for in peace is all I need and only what I need. In that, all needs are satisfied, all desires end. In a session, after I had done RW1 my coach shared with me his Real Man ritual name. I felt honoured that he shared with me his Real name, it suits him and he relates to it wholeheartedly.  But, I confess… to me he is ‘Medicine Man’. He has given me the medicine I needed…the medicine that wasn’t in a webster-pac, or in challenging my belief system. He held the space and filled it with the medicine I so desperately needed…the medicine of love.

Today I feel the feminine side of me, is now open and available to choose another way. And if my extraordinary, exquisite, sensitive machinery of a woman’s nervous system wishes to cry…well, it’s going to cry! …My ‘body’ will awaken and I will live a life more in balance of mind, body, spirit.

See you at RW2